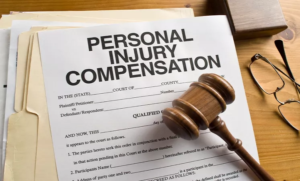 Can a Criminal Lawyer Take a Civil Case?

To the uninitiated, there may seem to be little different between a criminal and civil law attorney. Lawyers go through the same three years of education in law school, and are aware of both civil and criminal law. But in practice, attorneys specialize in specific types of law. This misconception about lawyers runs so deep […]

Why Impaired Driving and Cannabis Legalization was required in Canada?

Impaired Driving has become an inevitable issue for the Canadian Government. The recent studies show that some teenagers drive under the influence of Marijuana and Cannabis which sometimes risks their life as well as other lives. Therefore, the Canadian government is planning to legalize marijuana in Canada and has planned legal blood limits on THC, […]

Wills can undertake all the assets and possessions under the owner’s name to be distributed to the beneficiaries. Several people include all their earned money, assets as land and vehicles or even investments. The progressive world has stepped of the regional boundaries, and now people have their footprints in foreign regions. Just say, someone from […]